CAA SG Celebrated ‘Women In Leadership’ and Announced 2019 Board Members

The Columbia Alumni Association of Singapore opened its annual AGM Meeting on Saturday, March 2nd at the Hilton Hotel Singapore with a panel discussion, followed by its AGM election of the 2019-2020 Board.

In line with Columbia University’s “She Opened The Door” initiative, the CAA SG organized a panel discussion that featured three women (Rosaline Koo ’88 BUS, Corinna Lim ’99 SIPA, Jessica Pouleur ’03 BC). These women have proven to be true trailblazers and an inspiration to both men and women across Singapore.

Although these three women came from very different backgrounds, their professional and personal experiences resonated with the audience, especially to women in business. After hearing these panelist share their stories and the evolution of their careers, it became apparent they all shared a common sense of dedication, sacrifice, a strong work ethic and the ability to face any challenge openly no matter the circumstances. These are the type of characteristics that reflects the “She Opened The Door” initiative.

After a buffet lunch provided by the Hilton Hotel, it was time for the AGM meeting and Board elections to start. Former club President, Mary Kuo, kicked off the meeting by sharing some key highlights from 2018 including recognizing the CAA SG for receiving the Club of Excellence Award in New York City, the attendance of 400 people at the inaugural Ivy Ball and raising more than 85K to benefit the READ Global Charity. She also commended the board members for their dedication and support to CAA SG with the increased alumni engagements through special events, mixers, and talks.

As Mary announced that she would be stepping down this year as President, she shared some final remarks before handing it over to this year’s new President, Michael Novielli.

“I am so proud and privileged to have been a part of such an amazing group of alumni here in Singapore. The community and alumni engagement has grown exponentially over the past 5-years and I contribute a lot of that to the work of our amazing volunteer Board Members. Although I am stepping down as President, I will be still involved with the Columbia Club to support, but I believe the club is good hands with Michael as it’s new President and I look forward to the new plans for this year.” 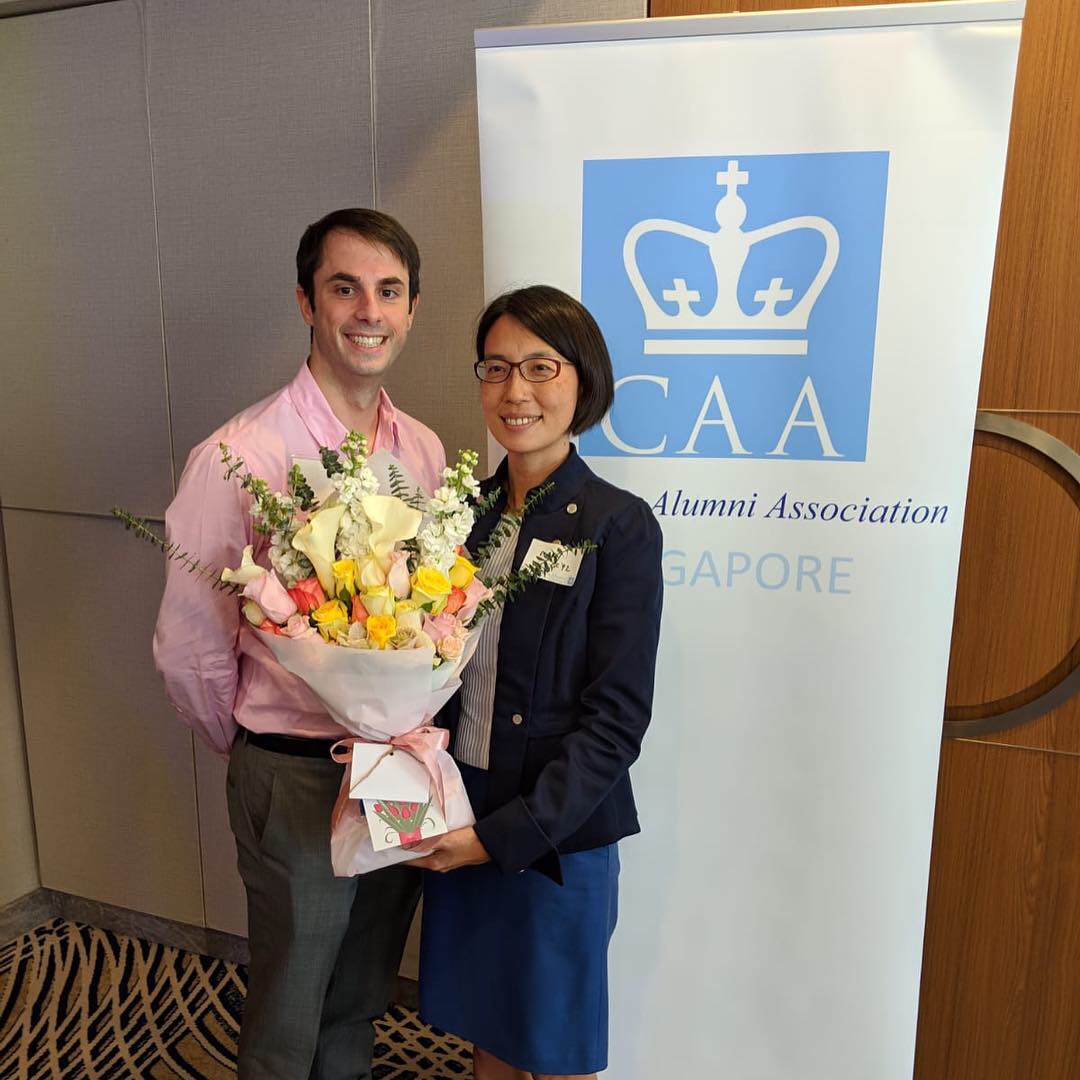 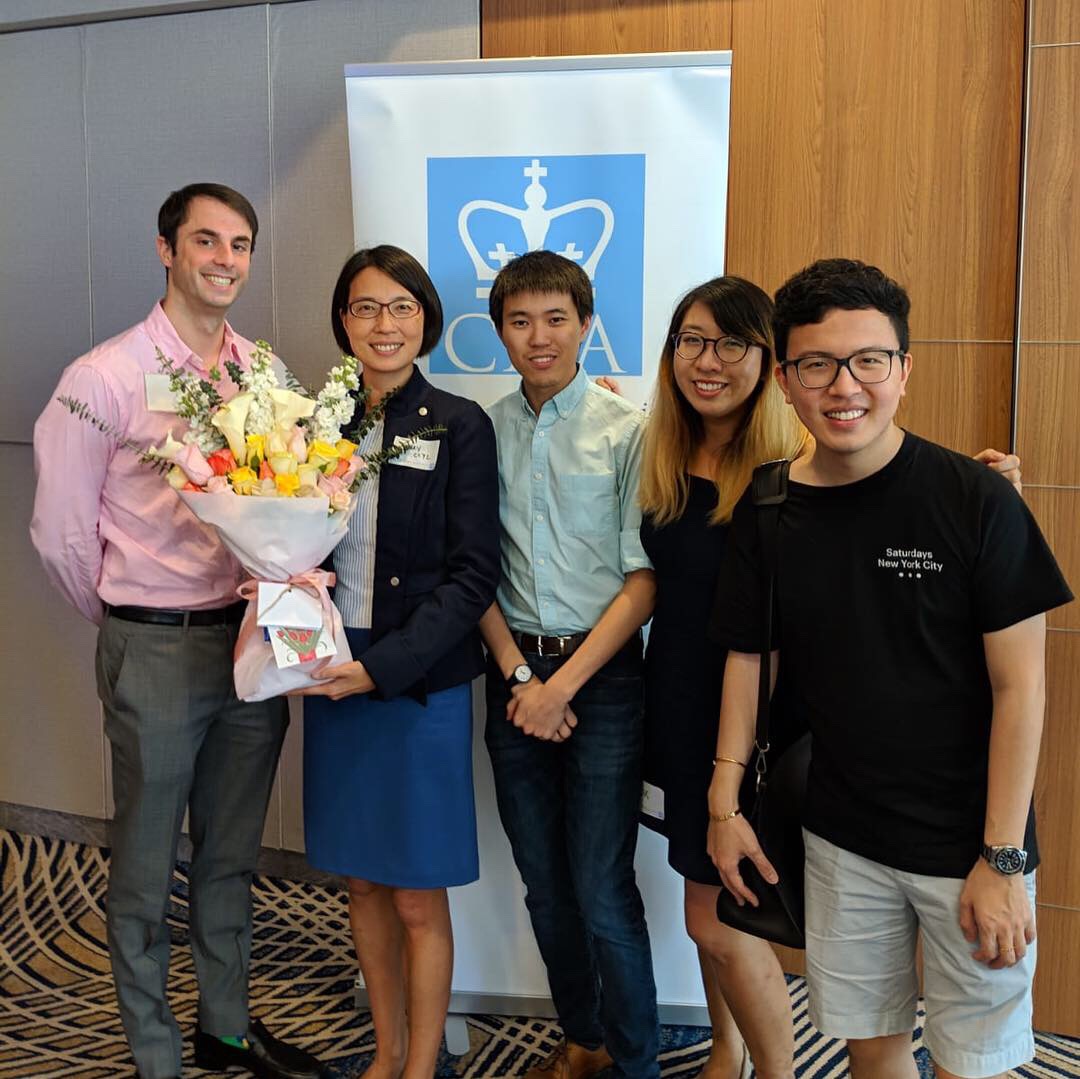 With a standing ovation to Mary who served as President since 2016-2019, CAA SG’s newly elected President Michael Novielli humbly took to the podium to accept his new role as President by thanking Mary for her contribution:

“Firstly, I want to thank again Mary for all her work and leadership over the past few years as President. Mary has exemplified what it means to be a true leader and we can’t thank you enough for continuing to inspire, motivate and encourage us to engage the alumni community in Singapore. You have certainly left big shoes to fill.”

As President elect, Michael acknowledged the increased alumni participation and awareness of the club over the years has been at a large part due to the Board’s contribution of creating new events and ideas to engage the alumni community. For 2019, he aims with the support of the newly elected board to develop more charitable and social-impact initiatives, maintain and foster partnerships to expand the Dine, Drink and Discover program and continue to create more meaningful alumni engagements in Singapore.

With the CAA Asia Leadership Weekend coming up in June, for the first time, Singapore will serve as the host city. This will be another opportunity for the CAA SG community to showcase the culture of Singapore city and introduce visiting board members/reps from other cities to the alumni community here in Singapore.

For more photos from the AGM and panel, please visit our Facebook page:

She Opened The Door initiative:

The She Opened the Door initiative, which began with a historic conference in New York City in 2018, aims to enlighten, educate, elevate, and to empower Columbia women across the University. She Opened the Door fosters this powerful network of women, whose connection with Columbia broadens their potential and impact in the world, both personally and professionally. https://alumni.columbia.edu/SheOpenedTheDoor 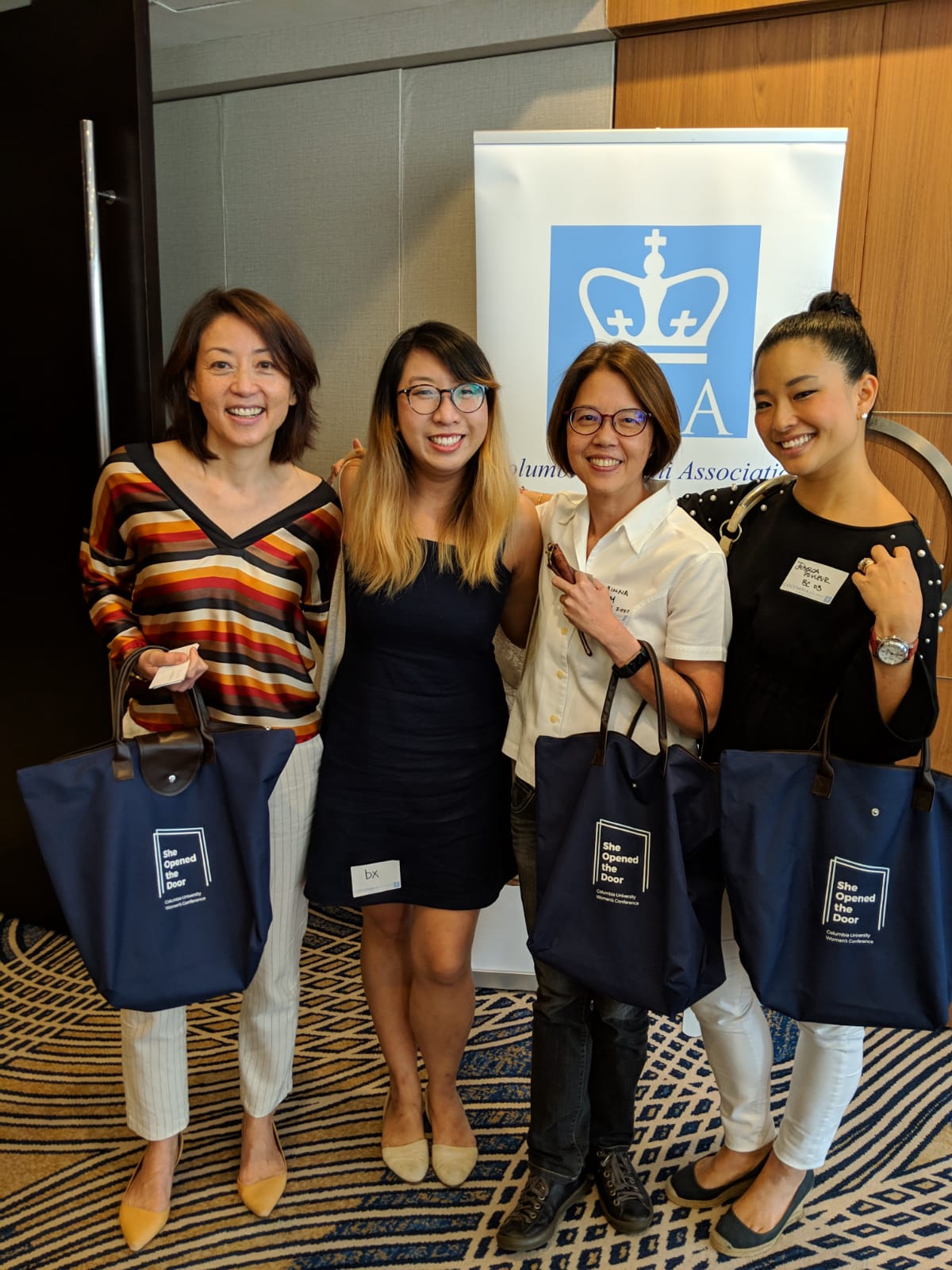 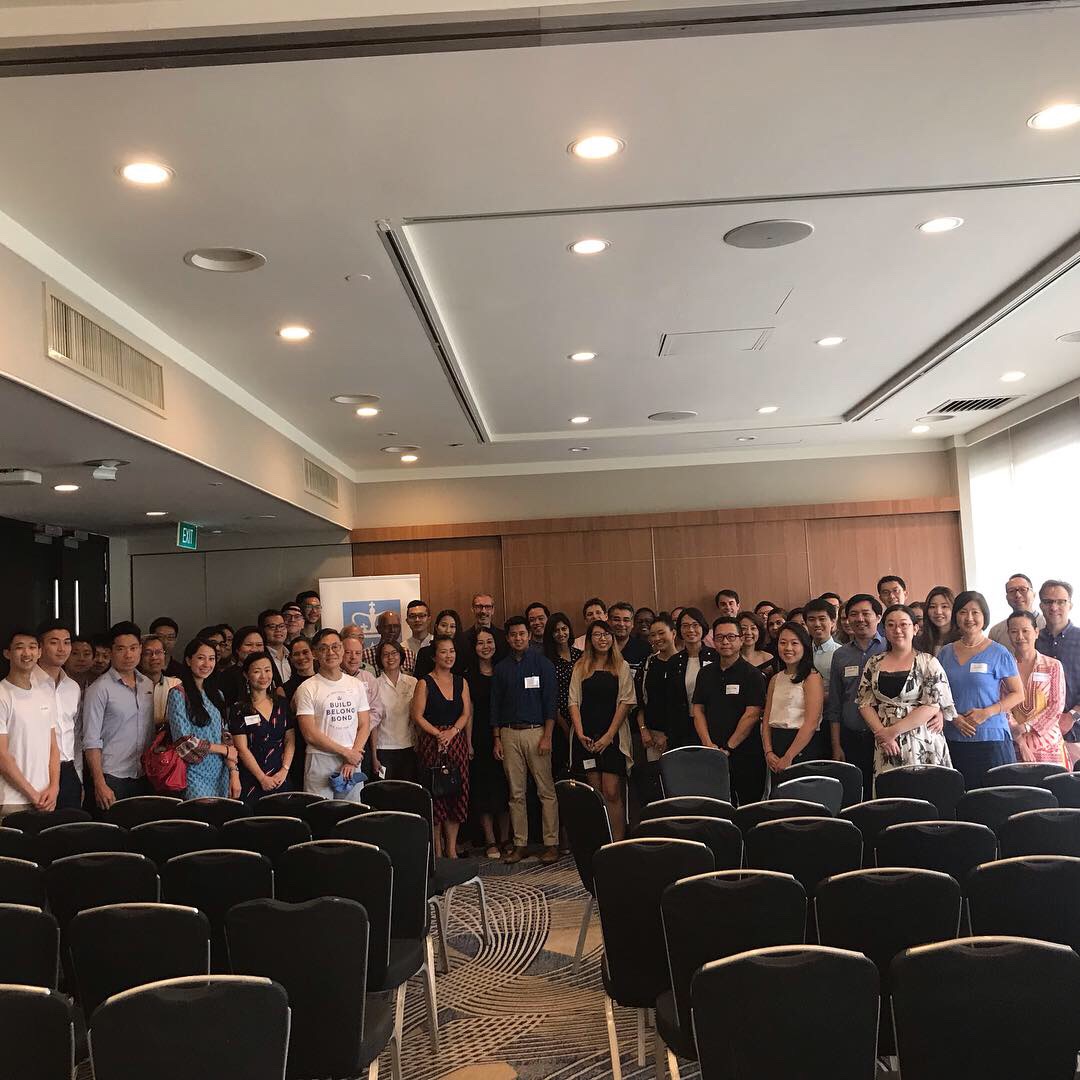